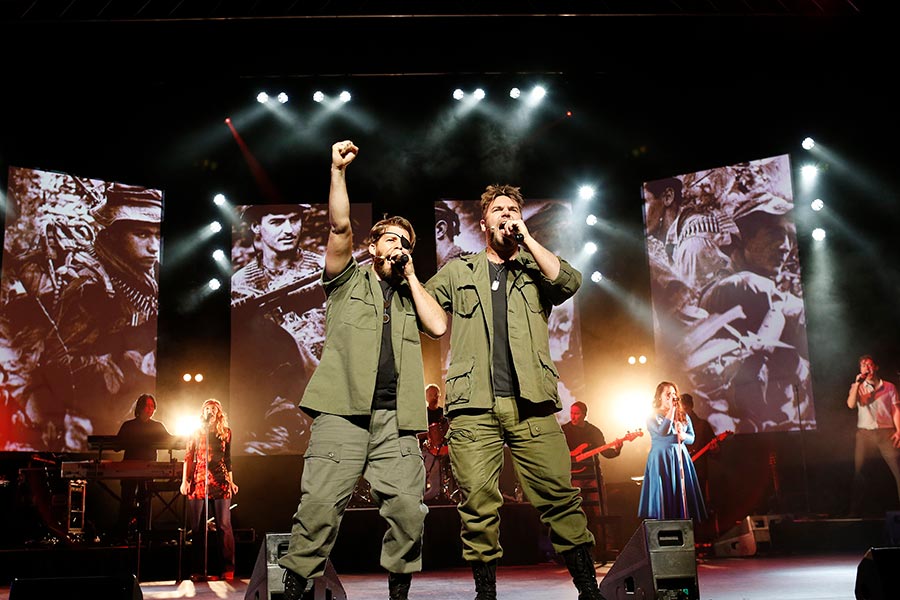 Best Autumn Gold Coast Events You Shouldn’t Miss in Broadbeach
Find your perfect excuse to visit the Gold Coast this year from autumn’s awesome calendar of events! From the 2020 Australian CrossFit Championship to Blues on Broadbeach 2020, Broadbeach and its surrounding areas are set to come alive with non-stop excitement and entertainment this autumn – yours to soak up with our Broadbeach accommodation on the beachfront at Boulevard Towers.

Located on Broadbeach Boulevard next to Kurrawa Beach, we offer your best stay on the Gold Coast with a choice of brightly furnished one and two-bedroom Broadbeach beachfront apartments with breathtaking ocean views, guest-exclusive onsite facilities and affordable rates by just booking direct. For your calendar, plan today around one of these unmissable autumn events:

To be staged at the Gold Coast Convention and Exhibition Centre in Broadbeach, CrossFit enthusiasts and sports fans, in general, won’t want to miss this year’s Australian CrossFit Championship, kicking off autumn on the Gold Coast with four days of incredible CrossFit action to spectate.

The Championship will involve male, female and team events in all major CrossFit disciplines going head-to-head for the top prizes. Day passes, three-day passes and four-day passes are available, with the full program to take place from March 5 and March 8.

Now touring Australia, Rolling Thunder Vietnam is a concert with a story, starring world-class performers singing and dancing to the most iconic songs inspired by the Vietnam War. This theatrical experience, which has left international audiences stunned, is both nostalgic and thrilling from start to finish, complete with costumes, stage design and superb backdrop visuals.

Coming to the Gold Coast for night only, don’t miss it at The Star Gold Coast in Broadbeach on March 21.

Australian Street Entertainment Carnival is back! Over the Easter weekend, gather friends and family and be in Surfers Paradise for diverse street entertainment by famous street performing groups as well as up-and-coming talents from all over the country. It’s free and will take over Surfers Paradise with a buzzing atmosphere for all ages.

Live music, street magic, dance groups, stand-up comedy, theatre acts, acrobats and more – be sure Australian Street Entertainment Carnival will have it. Within minutes from our location in Broadbeach, head to Surfers Paradise from April 10 to April 13.

Join thousands of cinephiles and filmmakers on the Gold Coast for Gold Coast Film Festival 2020 – an annual event that celebrates film and provides a platform for budding filmmakers to showcase their work.

The program is always huge, involving exclusive movie premieres – some free to attend – Gold Coast movie location tours, panel events, movie lunches and SIPFest, which offers an evening of over ten short films to watch for free on Surfers Paradise Beach. Check out the full program, taking place over 12 days from April 15 to April 26.

For fun or competition, 7 News Gold Coast Running Festival offers a variety of distances for all ages and fitness levels. Whether you want to set a challenge or cheer on the participants, this annual fun-run is well worth attending, held at Cbus Super Stadium in Robina just 15 minutes from Broadbeach.

Distances include 1k, 2.5k, 5k, 10k and Half Marathon (21km), so there’s something for all. Let your mates and colleagues know and start prepping today – Gold Coast Running Festival 2020 comes April 26.

Take part in Gold Coast Running Festival, then celebrate with Surfers Paradise LIVE, returning at the end of April. This four-day music festival, which includes the Gold Coast Music Awards, has a massive artist lineup this year – the first night being FREE to attend.

Just a few names on the lineup: Daryl Braithwaite, Spiderbait, The Angels, Baby Animals, Reece Mastin, Jon Stevens, British India, Vanessa Amorosi and more. There’ll be not one but three stages for Surfers Paradise LIVE 2020, so make sure to visit Surfers Paradise from April 30 to May 3.

The absolute must-attend Gold Coast event this autumn that everyone is gearing up for, Blues on Broadbeach Music Festival is back in 2020 with more FREE live rock and blues to enjoy all over Broadbeach across a massive four-day program. No tickets, no entry fee and nothing but good vibes, Broadbeach Gold Coast is the place to be this May.

Expect over 20 performance areas, including multiple large stages, in Broadbeach with a few confirmed artists including Karise Eden, Gaby Moreno, Tommy Emmanuel, Allensworth, Jeff Lang and Bondi Cigars. We’re ready for it, and if you’re looking to soak up the full four-day festival and atmosphere, book our beachfront Broadbeach accommodation apartments for May 14 to May 17.

Whatever you’re looking forward to enjoying on the Gold Coast this autumn, give yourself the best location with Boulevard Towers Beachfront Apartments Gold Coast.

Situated in Broadbeach, next to Kurrawa Beach and in the heart of the region’s best things to do, our bright, spacious and fully self-contained one and two-bedroom apartments will serve as your perfect holiday base on the Gold Coast, complete with breathtaking balcony ocean views and onsite guest facilities that include a heated pool, spa, sauna, gym, tennis court and more.

@outbackspectacular is a fantastic evening to expe

@bleachfestival is set to be absolutely incredible

Great 📷 by @nathanprostamo 🌊 Isn't this gorg

Enjoy a tranquil getaway on the beachfront in the

Incredible 📷 by @whalesinparadise 🐋 Have you

@kiyomi_gc in Broady is a sensational experience t

Need a getaway? Or holiday apartments are the perf

Nestled on the corner of Broadbeach Boulevard and

Who's up for a game? 🎾 https://www.boulevardto

Purling Brook Falls in the Gold Coast Hinterland i